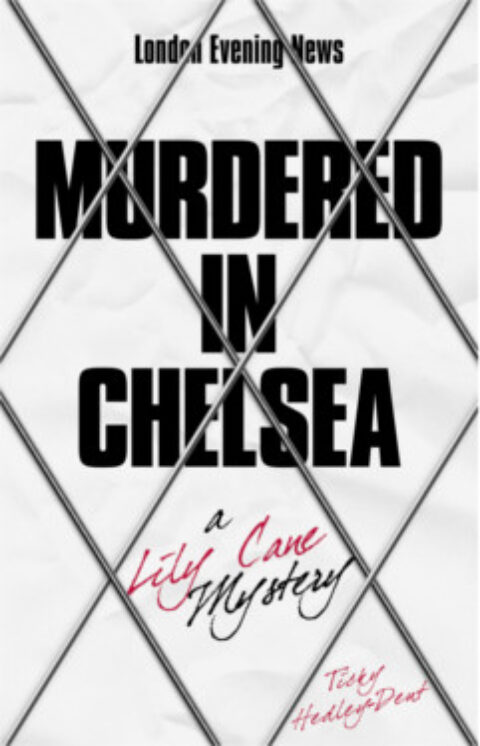 It’s 2007 and the capital is booming, but London Evening News journalist Lily Cane is struggling. The twenty-something journalist has been demoted from Features to Obituaries by her new boss. Meanwhile, aristocrat and fashion muse Lady Zuleika Winters has been found dead – the result of a suspected cocaine overdose in her Chelsea apartment. When Lily’s editor assigns her the task of exposing decadent London, she must infiltrate an impenetrable clique to find out more. Her mission takes an unusual turn when she discovers Lady Winters was in fact poisoned – and another socialite is killed at the Serpentine Gallery’s summer party. Determined to prove the deaths are connected, Lily searches for answers. As all signs point to one suspect – and the police, newspapers and public think they’ve got their man – Lily’s not convinced…

Murdered in Chelsea holds up a mirror to High Society, exposing some of the more dubious practices of the police and journalists. With Lily Cane’s Evening News articles interposed throughout as the story unfolds, this glamorous and witty novel is also a journalistic thriller – the first in a mystery series from an exciting new voice.

Ticky Hedley-Dent is a freelance writer. She was features director at Tatler and a features writer on the Daily Mail. During her career she has written for Harper’s Bazaar, Condé Nast Traveller, ES Magazine, the Telegraph, Country & Town House, Vogue, FT Magazine and The Times. She studied Archaeology and Anthropology at Oxford University and lives in London with her husband and son. Murdered in Chelsea is her first novel.